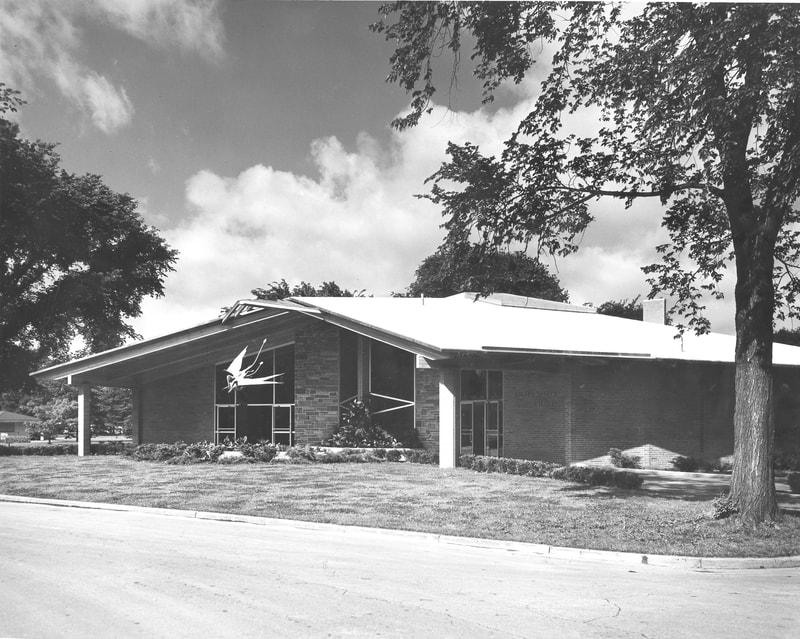 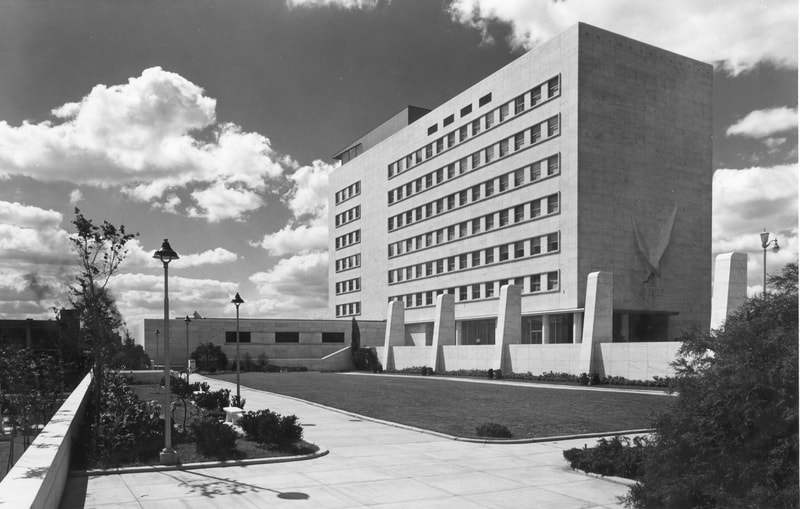 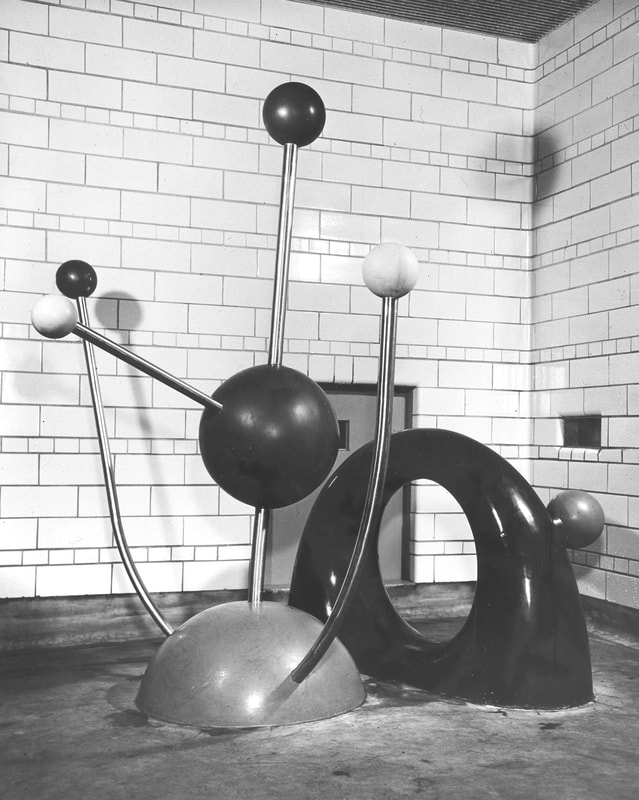 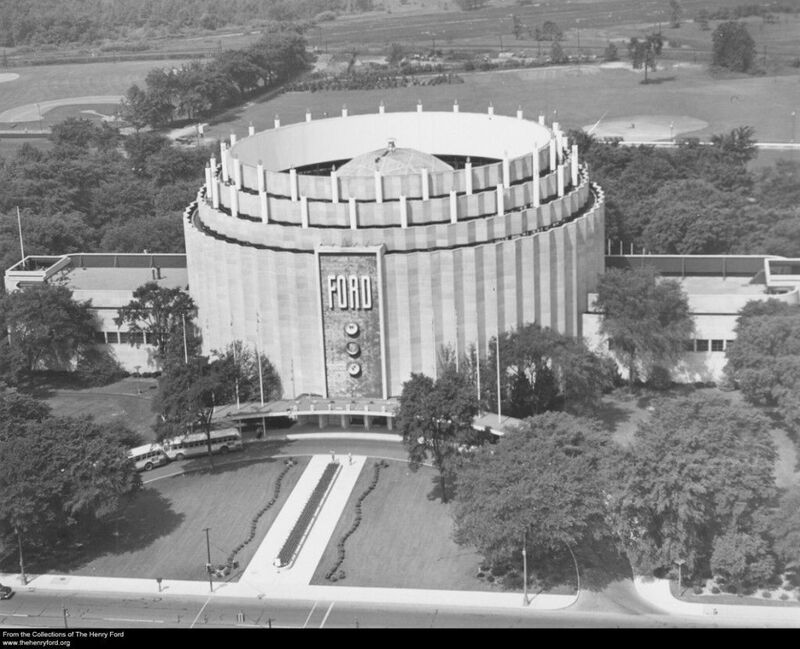 Marshall Fredericks’s (1908-1998) art and architecture collaborations began within 5 years of his arrival in Michigan. Working with Carl Milles, he developed strong values about the importance and relationship of art as integral to architectural structures and surrounding
setting. Because of his workmanship and work ethic, Fredericks was hired numerous times for projects by well-known architects and firms, especially the Harley, Ellington and Day Architectural firm of Detroit.

After graduating from the Cleveland School of Art in 1930, Marshall Fredericks’s art career officially began with his meeting Swedish sculptor Carl Milles while visiting Sweden on a scholarship. Shortly after their meeting, Milles was invited to join the faculty at Cranbrook Academy of Art in Bloomfield Hills, Michigan. Milles then invited Fredericks to Cranbrook in 1932, the same year as the esteemed modernist architect Eliel Saarinen arrived there. By 1933 Fredericks received a scholarship for study with Milles at Cranbrook. He was also appointed to teach sculpture, wood carving and ceramics at Kingswood School for Girls and teach art at Cranbrook School for Boys. 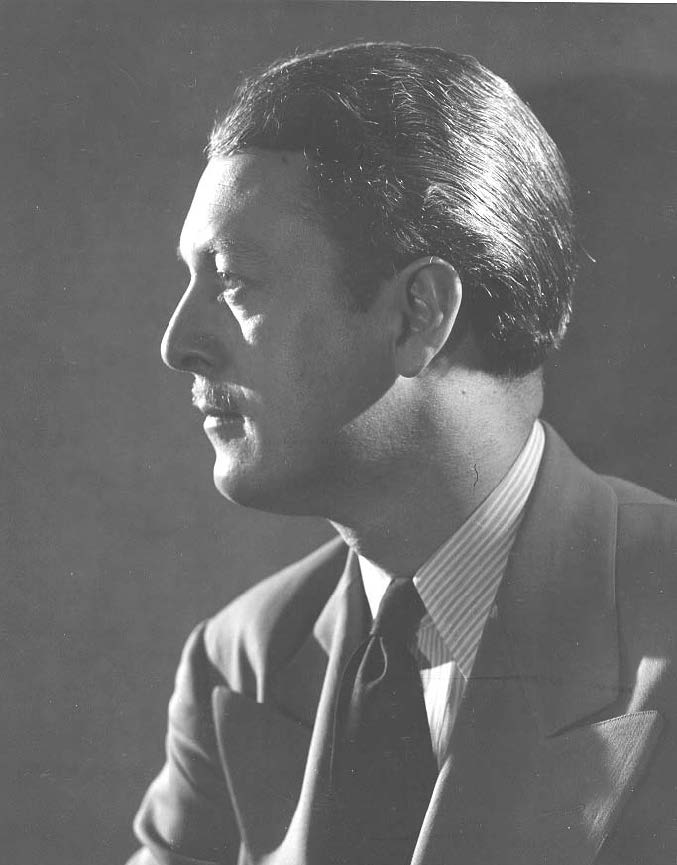 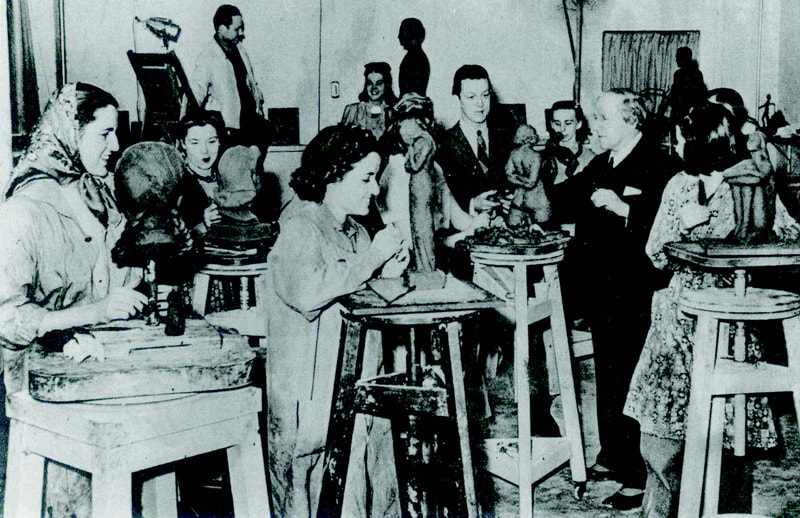 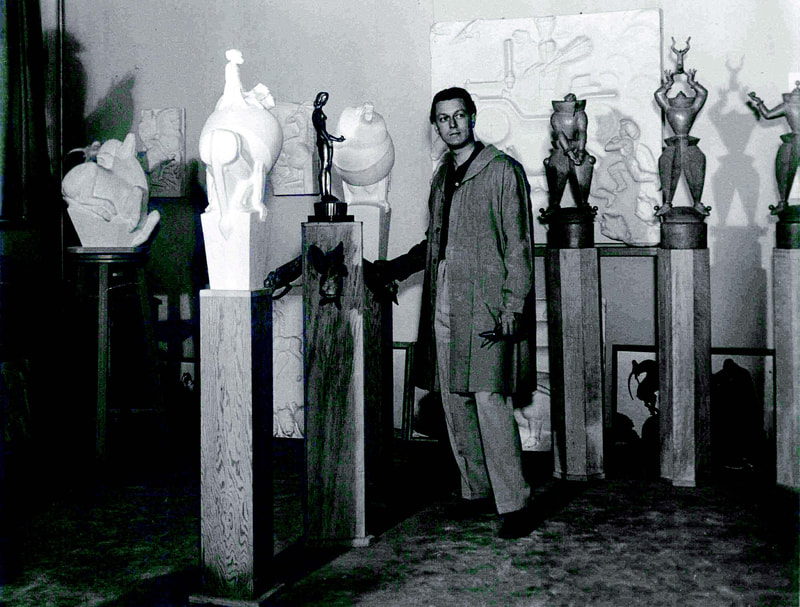 Under Milles Fredericks honed his skills in sculpture and the mechanics of engineering large-scale artworks. He supervised the carving, casting, patinating, and installation of Milles’ sculptures in St. Paul, MN and Harrisburg, PA. By 1934 he was appointed instructor of ceramics and modeling at the Cranbrook Academy of Art. In 1938 he began teaching in the sculpture department of Cranbrook
Academy of Art. While teaching on Cranbrook’s campus Fredericks also found time to make his own art for campus as well, including carved Memorial Columns, Japanese Goldfish, Lizards and Frog Fountains, Torso of a Dancer and The Thinker.

Fredericks First Commission
Fredericks was exposed to many arts opportunities as a member of the Cranbrook faculty. In 1936 he entered and won a national award competition to design a fountain for the Levi L. Barbour Memorial, located on Belle Isle, an island park belonging to the city of Detroit. He produced his Leaping Gazelle sculpture plus four small carved animals, Otter, Rabbit, Hawk, and Grouse, for this fountain. Winning this competition set him on a path of many more architectural commissions over the next 20 years.
General Services Administration
In 1964 Fredericks was commissioned by the General Services Administration in Washington D. C. to design a sculpture fountain titled The Expanding Universe with architects Graham, Anderson, Probst and White, Inc. in association with Harley, Ellington, Cowin and Stirton. This commission, which was about the exploration of outer space, a popular theme at the time, introduced Fredericks to a national audience.

Fredericks also received a number of architecture awards and recognition: In 1952 he won the American Institute of Architects Fine Arts Medal and in 1953 he received an honorary life membership in the Michigan Society of Architects.