Furniture for Great Ape House and Playground Equipment for Children
When Fredericks was commissioned to design modern furniture and toys for apes in a modern designed building at the Detroit Zoo, he used the concept of Design Thinking by studying the orangutans, gibbons, and chimpanzees at the zoo for months to determine their needs. For the material, he selected fiberglass and stainless steel for hygienic reasons and bright colors that the apes seem to like. 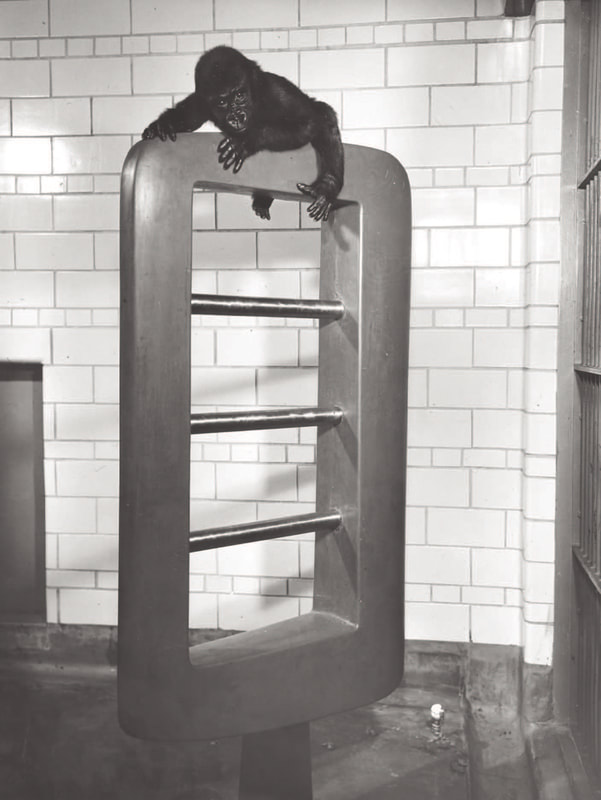 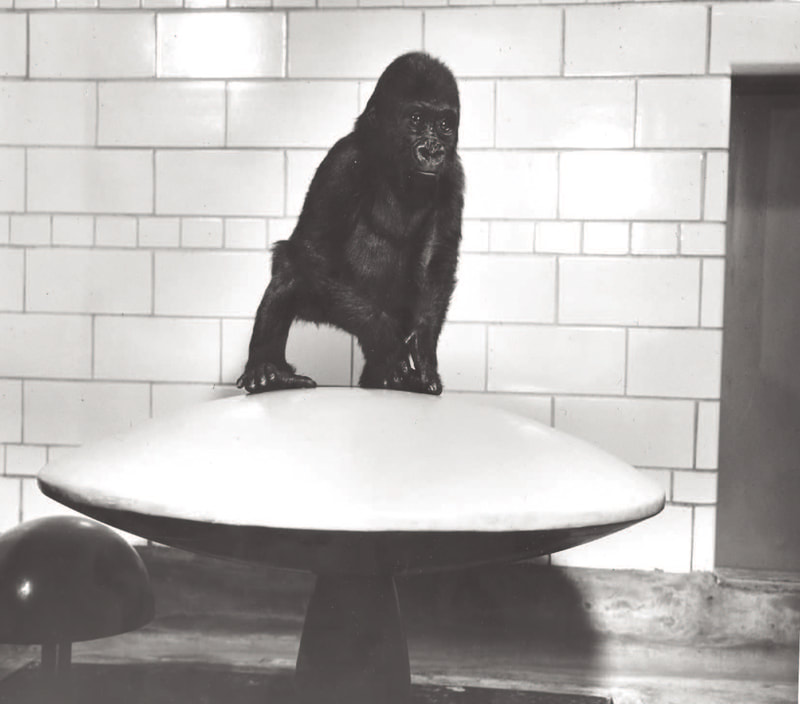 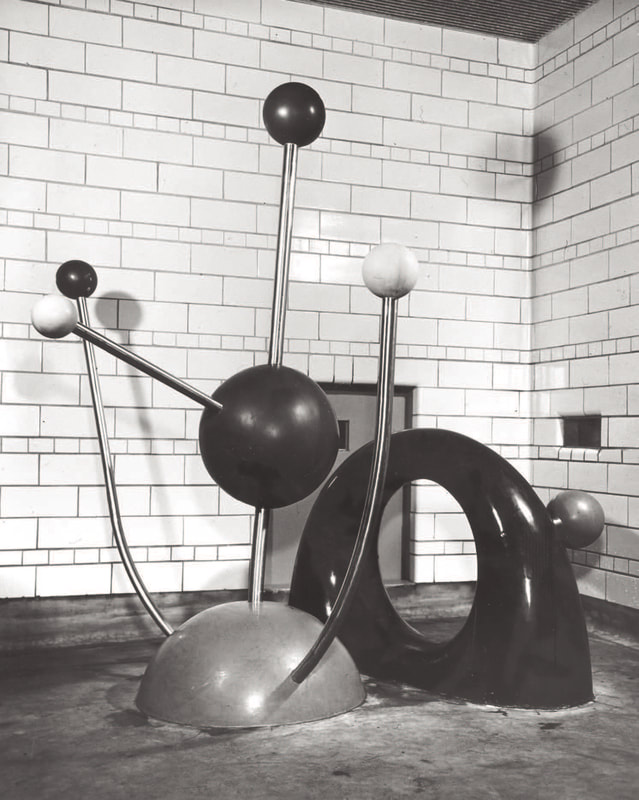 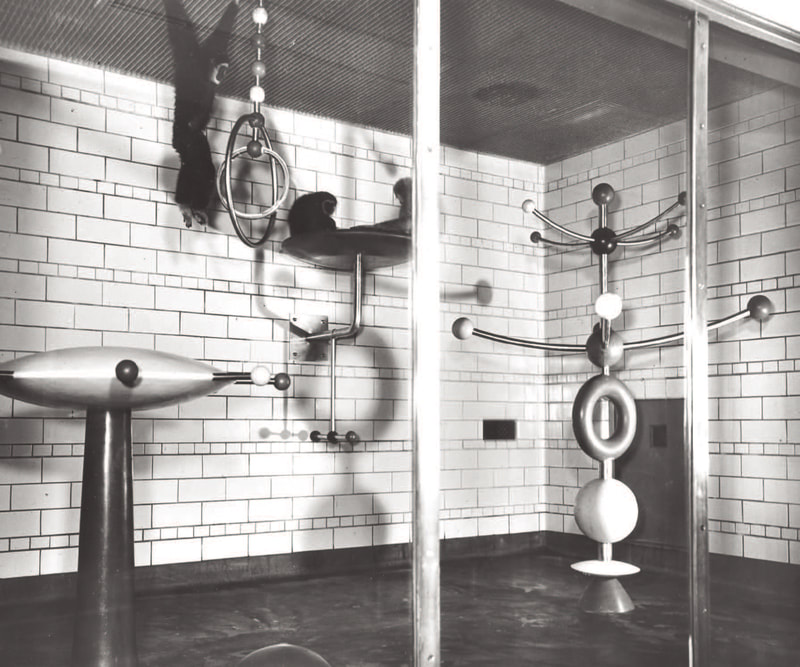 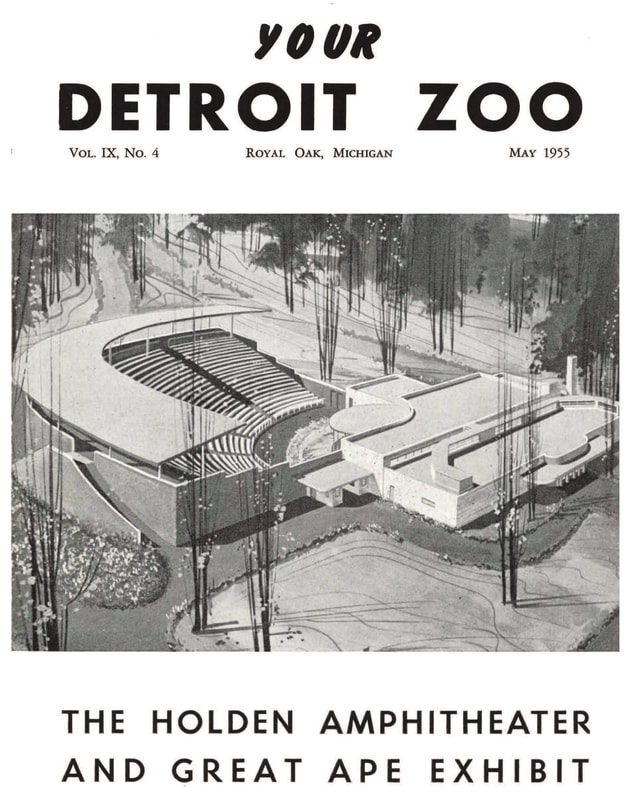 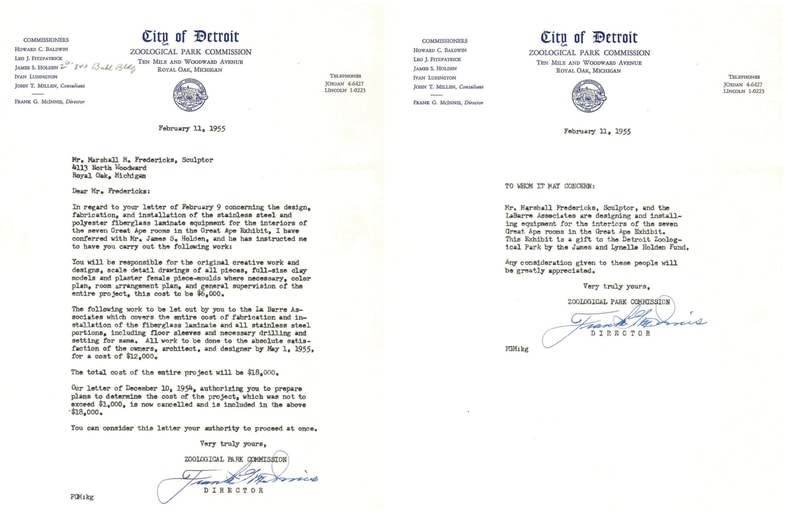 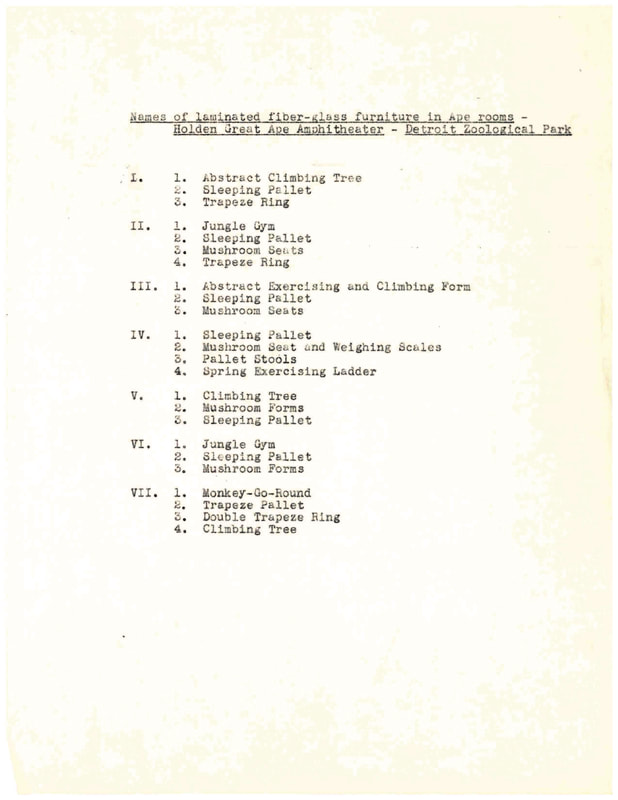 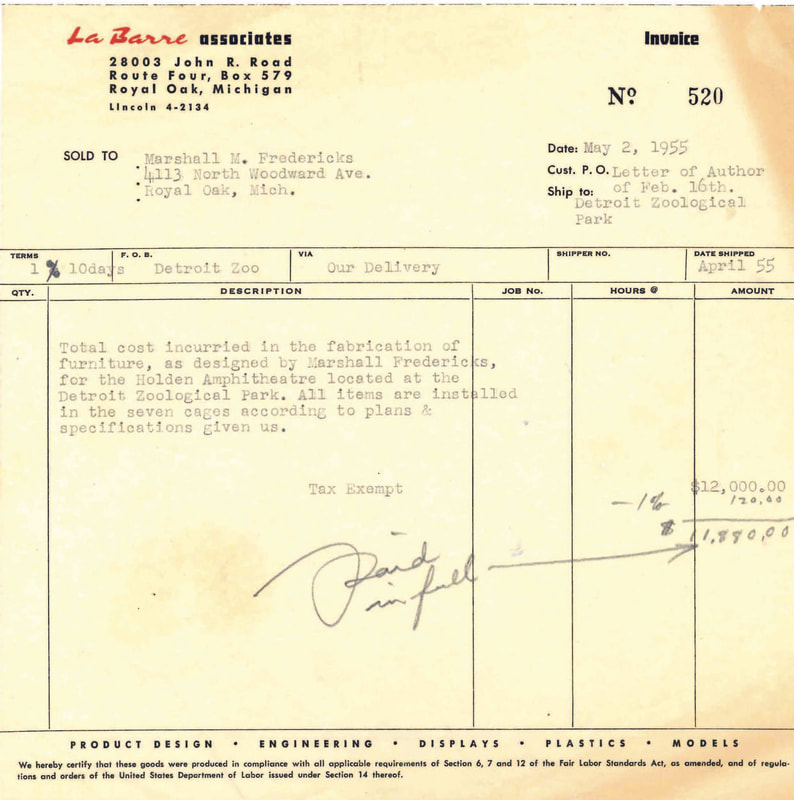 Playground Equipment for Children
After designing the ape gymnastic equipment and furniture at the Detroit Zoological Institute in the 1950s, Fredericks embarked on a new journey of designing school playground furnishings using similar modern concepts. He created small scale examples of a red spiral slide, a yellow slide, playhouse, swimming pool, and playground turn-around. Although they were never realized in full-scale to be placed in a playground, the Museum preserves and shares Fredericks’s maquette models. Had they been fabricated, they would have been very modern in design and composed of bright colored Fiberglas and stainless steel. 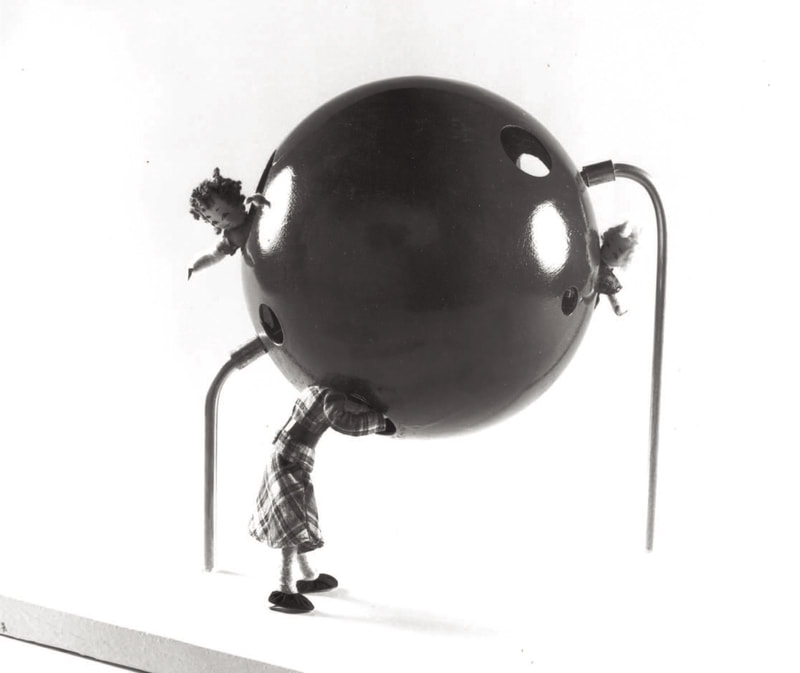 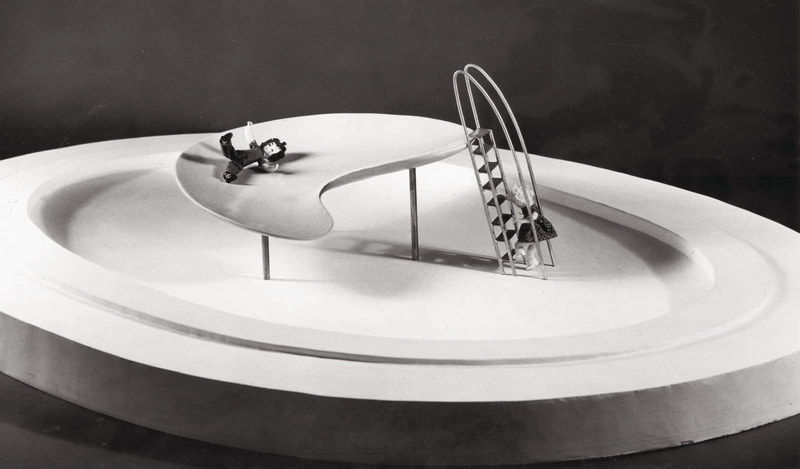 These 360 degree videos are from objects in the exhibition. ​