Victory Eagle
In 1944, the city of Detroit proposed to construct a Veterans Memorial Building to provide facilities for veterans and civic activities. This building on the Detroit riverfront would stand ten stories tall and would be the first unit of the city’s new civic center.

Marshall Fredericks was hired to produce sculptural building embellishment in collaboration with the architectural firm, Harley, Ellington and Day, Inc, with whom he also worked on the Rackham building a few years earlier. Eleanor Bitterman, author of the text Art in Modern Architecture, recorded a statement by the Harley, Ellington and Day, Inc.
firm about this building:

“We felt that a blank wall on this front elevation would be monumental and yet would not disturb the interior efficiency of the plan. At the same time we felt that the composition of the blank wall would be greatly enhanced by suitable ornamentation emphasizing the memorial purpose of the building. We also felt that any ornamentation should be definitely integrated with the building and molded into its structure rather that being a plaque or obvious attached element...The eagle finally selected was not intended as a military symbol but rather as a symbol of the building itself. It was chosen because of the strength and power of the simple decorative feature. The laurel and palm branches in the talons represent peace, valor, honor, and good will, and the V of the wings symbolizes Victory.” 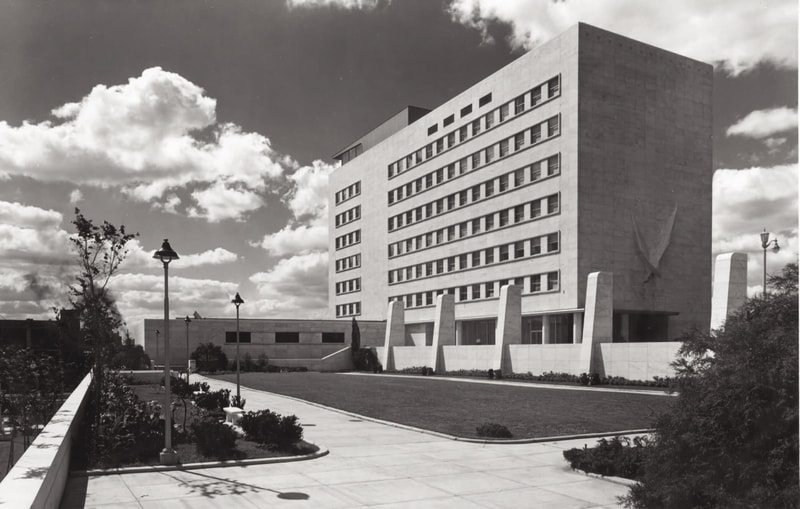 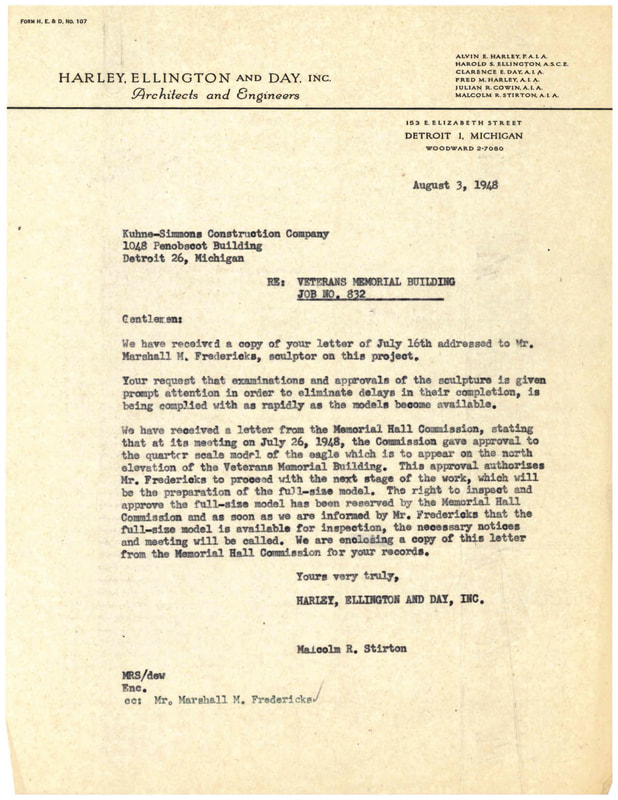 ​Carved from Vermont Danby marble, the resulting Victory Eagle is thirty feet high and projects four and a half feet from the wall in high relief carving. The overall effect is of a consistent and harmonious whole, in which the sculpture becomes an integral part of the building. Fredericks also designed seven twenty-foot high free-standing pylons with relief imagery of United States and Detroit history themes to complement the Veterans Memorial Building. 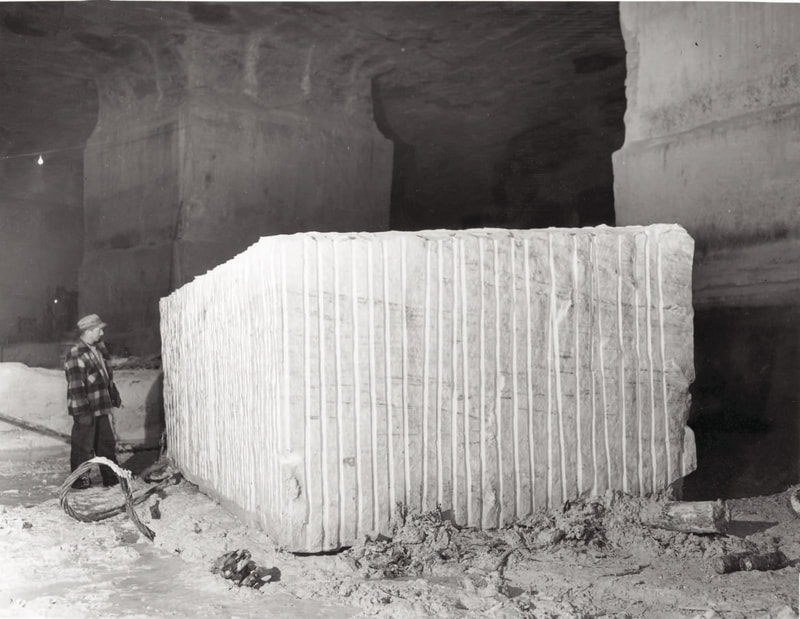 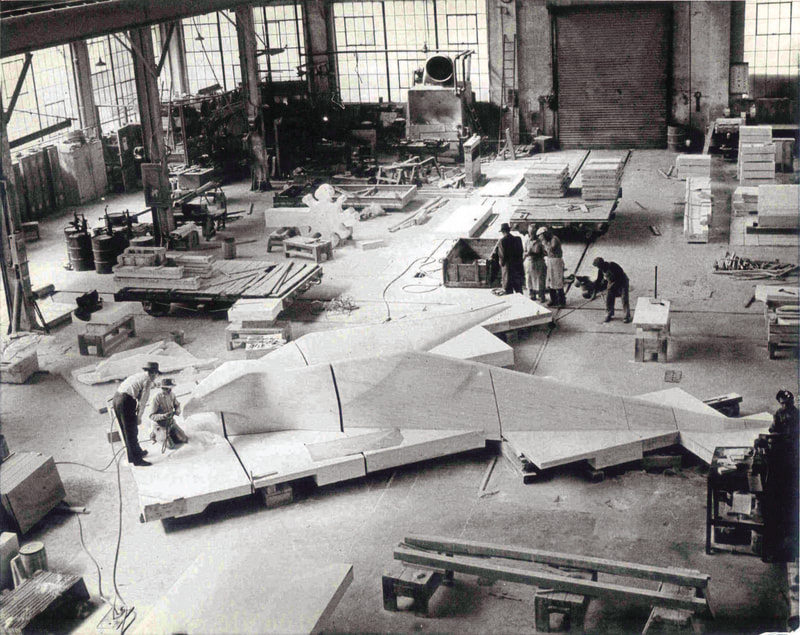 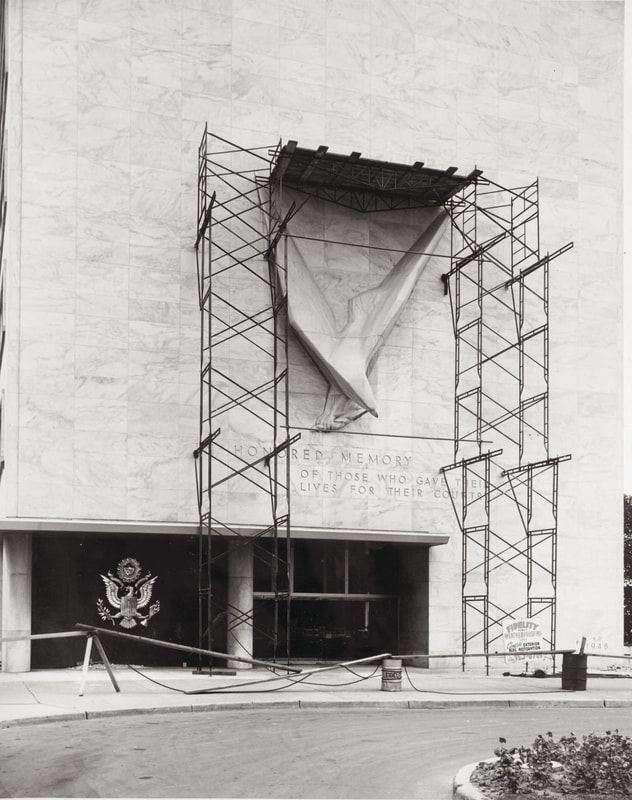