The 1960’s Black consciousness movement laid the foundation for what would inspire hip hop in the 1970’s. It was the music of James Brown, Sly and Family Stone, and George Clinton which  early deejays would use to get the party started, blending, cutting and scratching literally extending and recreating the music. Poetry from the Black Arts Movement with artists such as The Last Poets, Gil Scott Heron, and Nikki Giovanni informed early emcees of the socio-political power rhymes could have. Before hip hop was defined or the first record was made, you had to be at ground zero from 1973-1979 in New York City to experience the culture. Although some dispute the earliest origins of hip hop, most will agree the names DJ Kool Herc, DJ Afrika Bambaata, and DJ Grandmaster Flash are synonymous with the birth of the culture. It was the DJ’s who were the centerpiece of the culture in the early years. The party flyers in this section designed by pioneer Buddy Esquire show the names of some of the earliest deejays, promoters, venues, and  emcees including the Cold Crush Brothers, Grandmaster Flash and the Furious 5 MC’s, The Funky 4 plus 1, and The Treacherous Three. It was in these spaces where the hip hop culture incubated. The 1979 release of The Sugarhill Gang’s Rapper’s Delight opened the door to hip hop culture that has been wide open ever since. 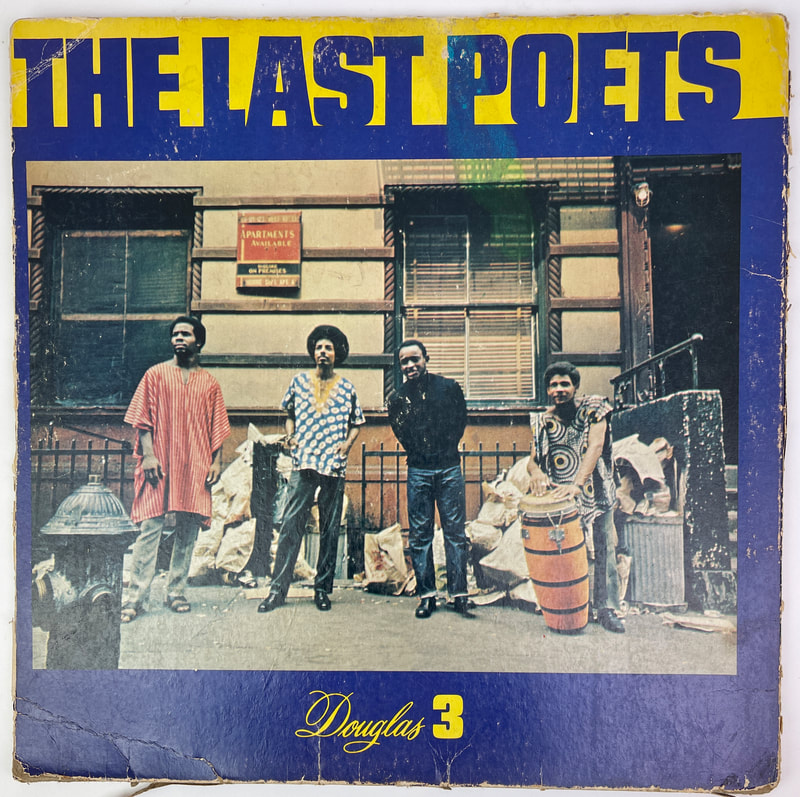 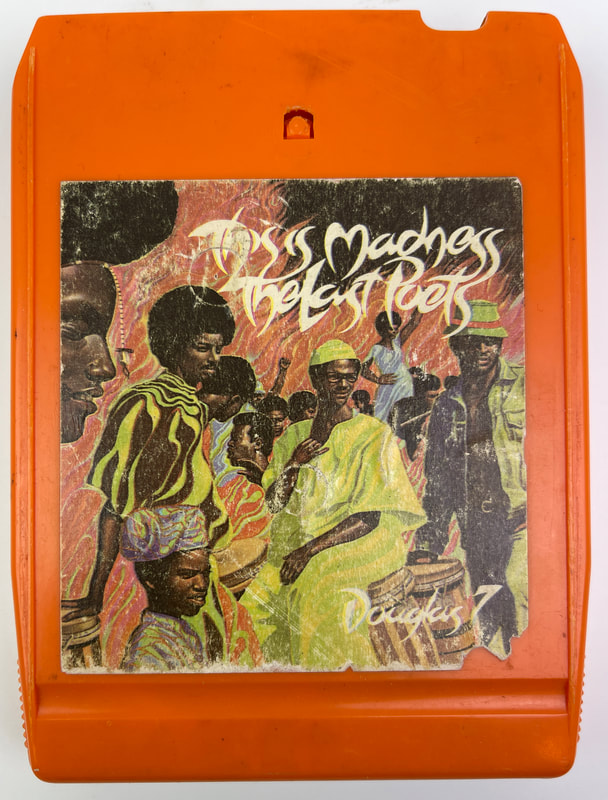 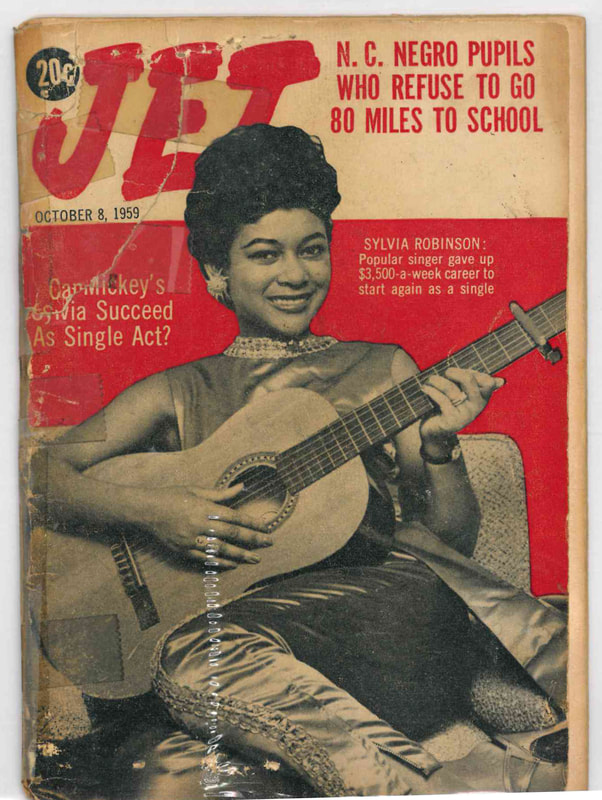 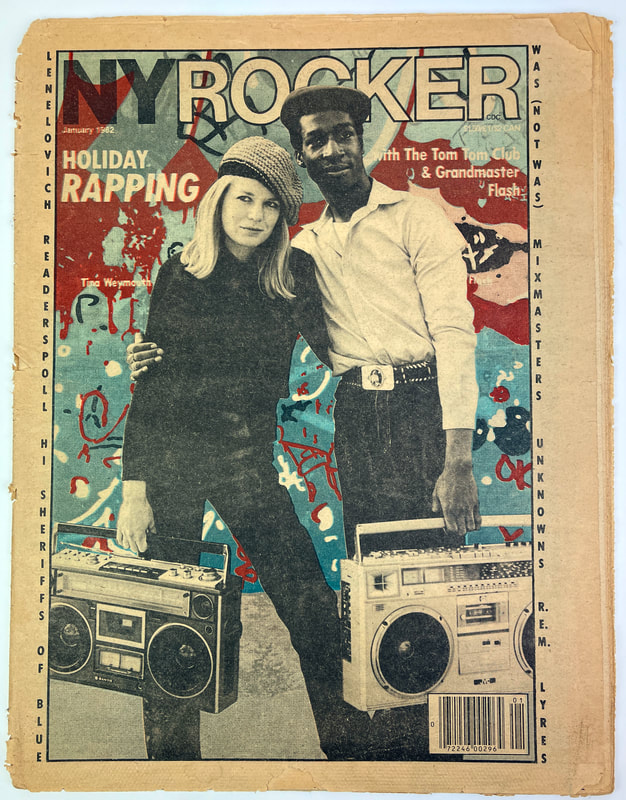 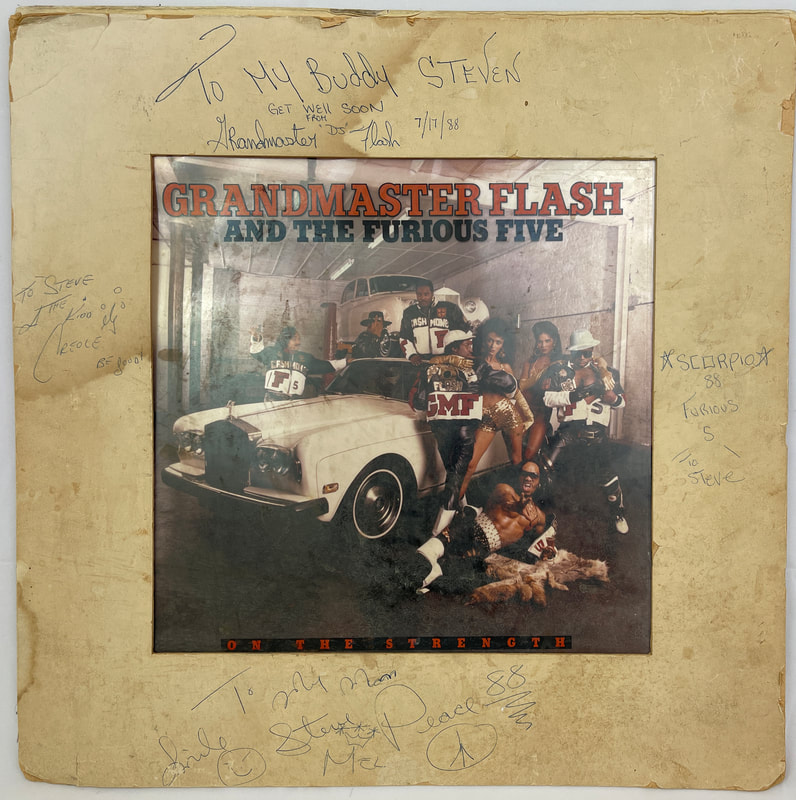 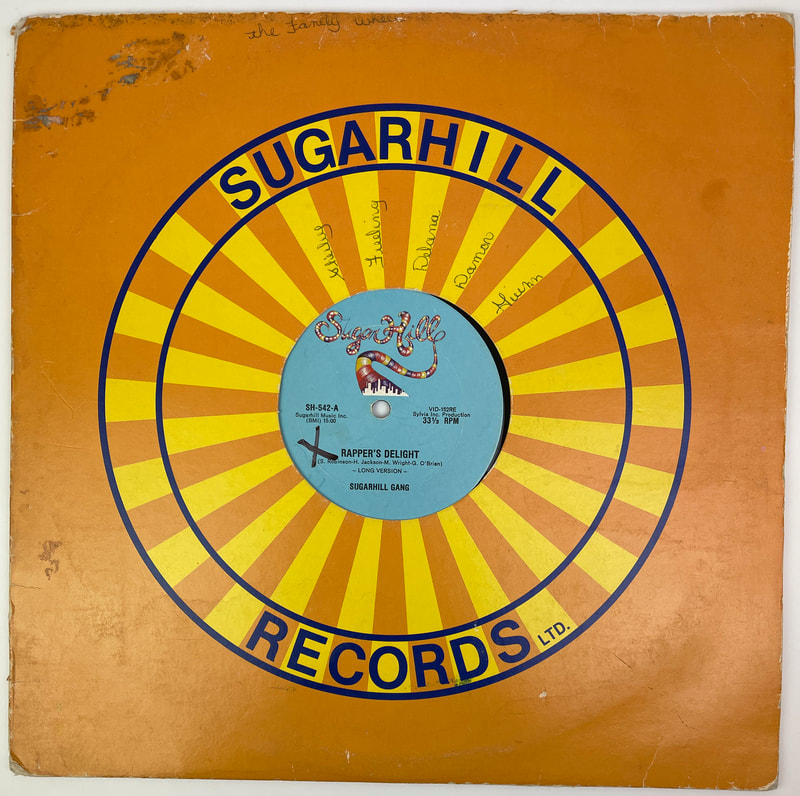 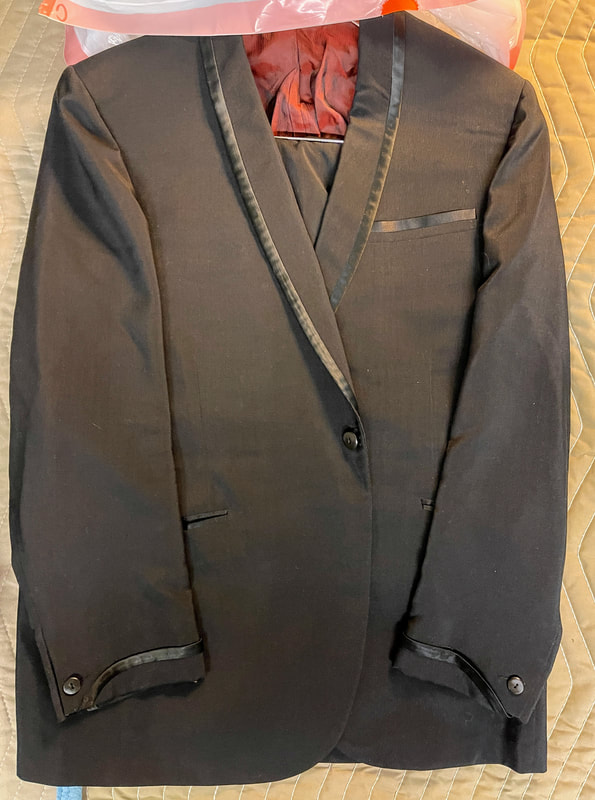 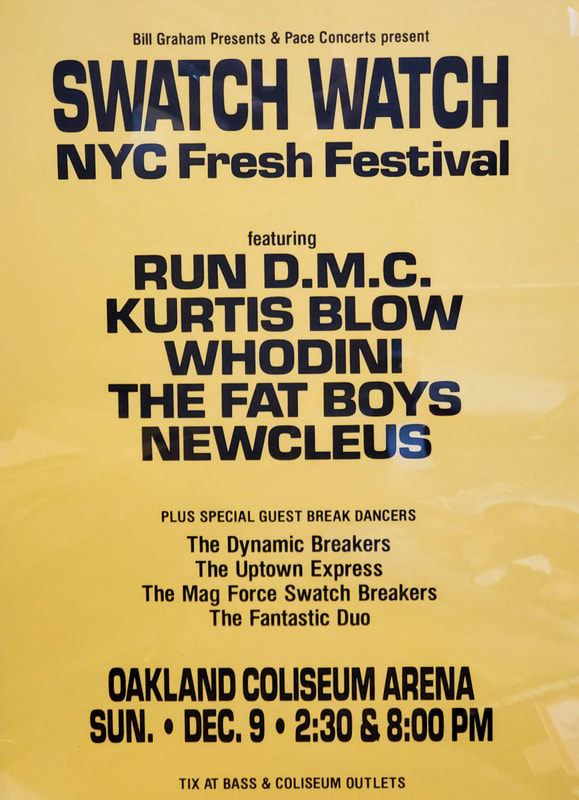 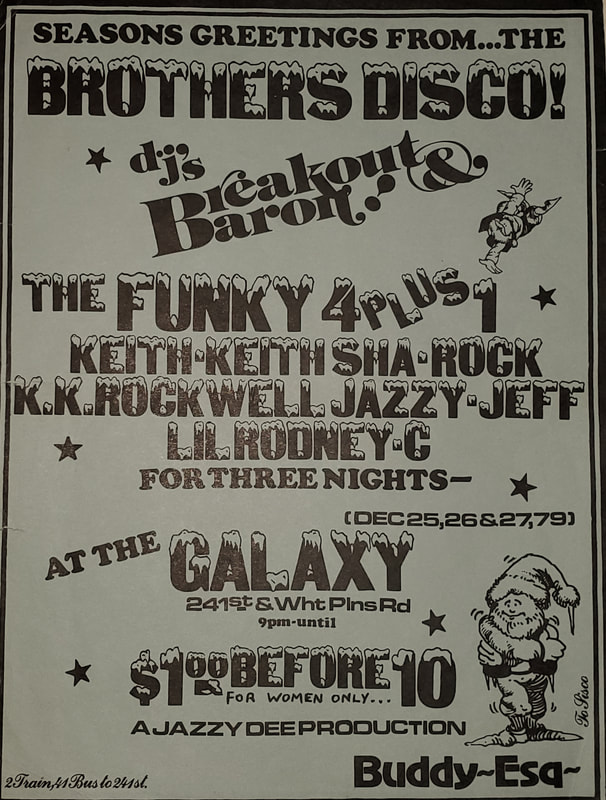 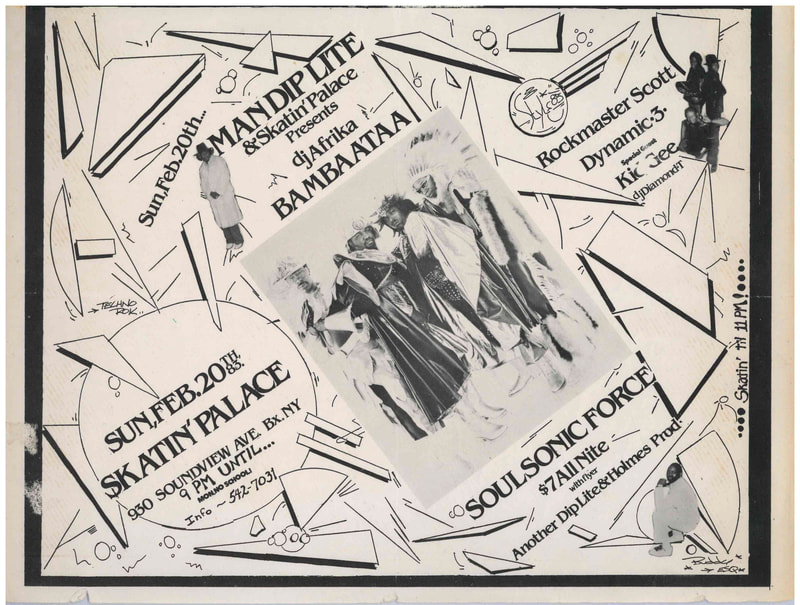 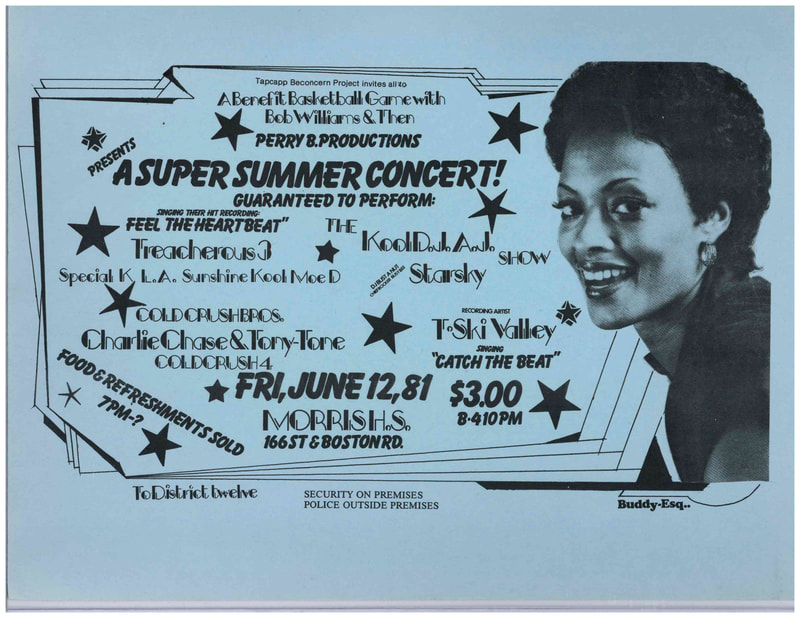 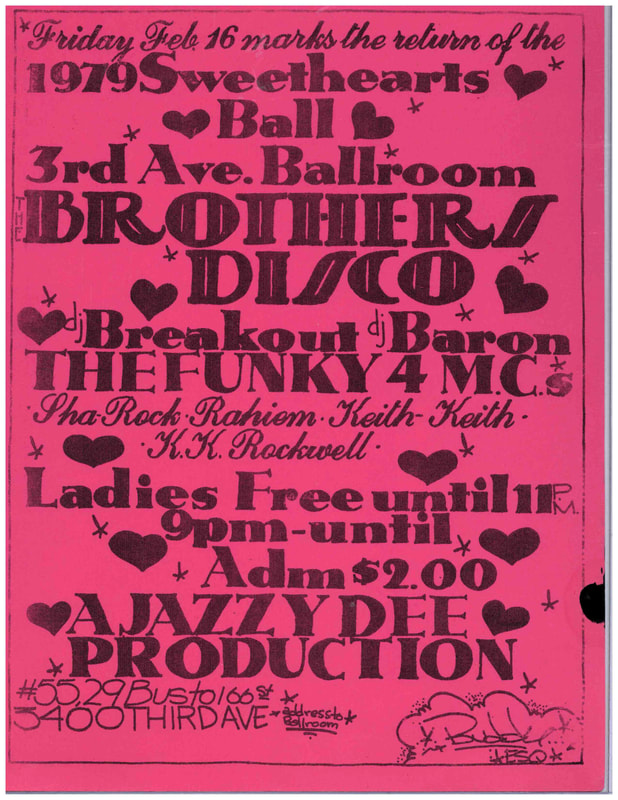 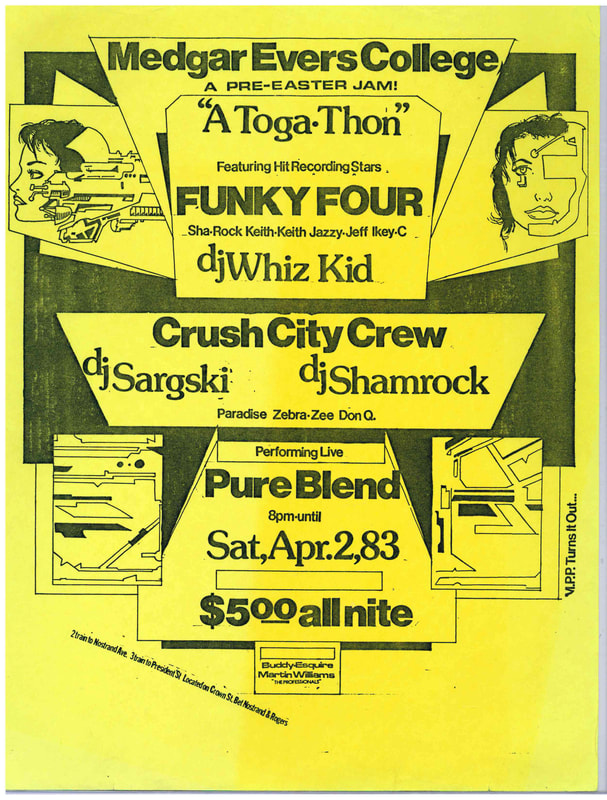 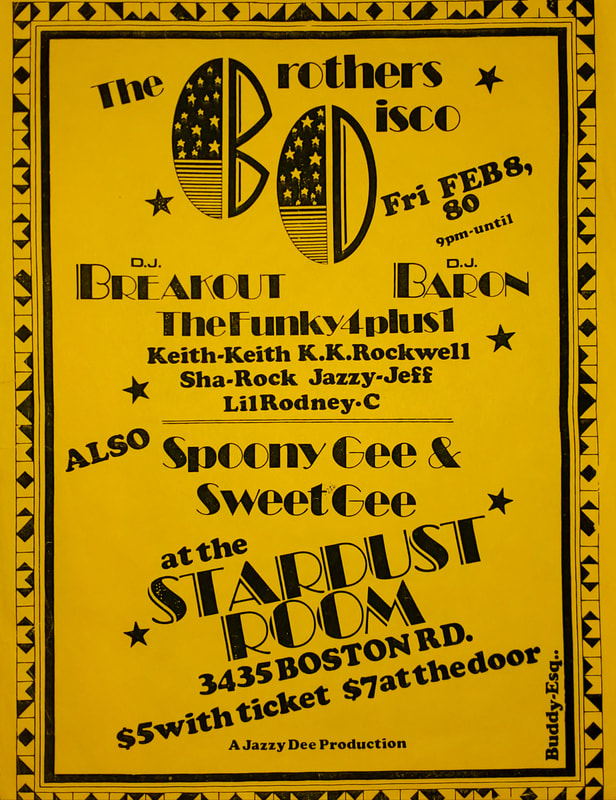 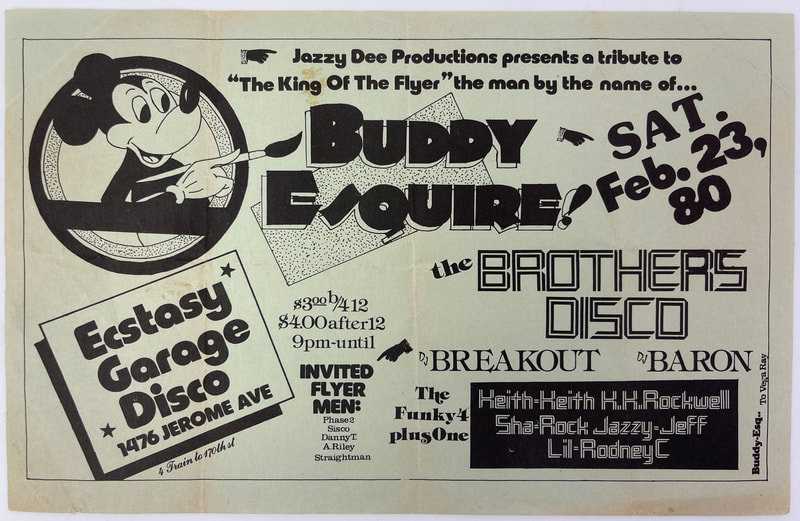 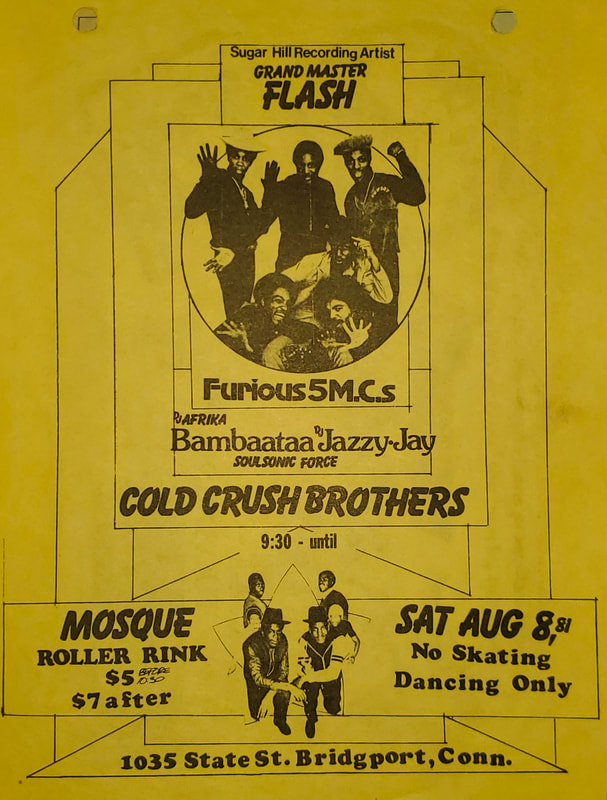