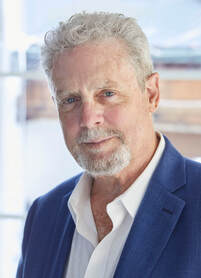 About the Photographer
James Haefner’s career in photography spans the last four decades. An accomplished automotive advertising photographer, Jim’s love of modern design drew him into the architectural world twenty years ago. Employing a unique workflow, his ability to capture the designer’s intentions whether the subject is an automobile or a structure is paramount to his success. Today he balances both areas of interest equally along with a lifetime interest in landscape photography. After graduating from the Rochester Institute of Technology in 1976 with a Bachelor of Fine Arts, Jim apprenticed for three years before starting his own studio in 1979. His contributions to Michigan Modern: Design That Shaped America led to this project, which is truly the culmination of a forty-year career. This exhibition, Michigan Modern: An Architectural Legacy, features nearly 50 Photographs by James Haefner that celebrate Michigan’s incredible modern architectural design history from 1928 through 2012. 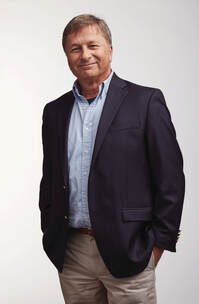 About the Author
Brian D. Conway was appointed Michigan’s State Historic Preservation Officer in 1997 and served in that role until 2020. In that capacity, he directed the State Historic Preservation Office in fulfilling the state’s responsibility under the National Historic Preservation Act of 1966, including the identification, protection, and redevelopment of historic and archaeological resources. Conway holds a Bachelor of Science degree from the University of Michigan’s Taubman College of Architecture and Urban Planning and a Masters of Architecture degree from the University for Florida and has been involved with historic preservation and the rehabilitation of historic buildings throughout Michigan since 1980. He served on the board of the National Conference of State Historic Preservation
Officers and is an adjunct professor in Eastern Michigan University’s graduate program in historic preservation. Conway initiated the “Michigan Modern® Project” in 2008 to define Michigan’s role in the development of American Modernism. He coauthored
the award-winning book Michigan Modern: Design That Shaped America published by Gibbs Smith Publishing in 2016. He has lectured across the country on topics related to modernism and historic preservation. Conway’s work on modernism in Michigan won the 2016 Advocacy Award of Excellence from Docomomo-US.
Watch the photographer James Haefner, and book author Brian Conway discuss the exhibition on a virtual Zoom talk.

View the book in under 2 minutes