Mitch Cope was born, raised and resides in Detroit. He earned an BFA from College for Creative Studies (Detroit) in 1995 and an MFA from Washington State University (Vancouver, WA) in 1999. He co-founded the Tangent Gallery and former assistant curator of the Museum of Contemporary Art, both in Detroit.

He describes his work as large-scale paintings and drawings of various floral and plant like imagery in a circular format. With his past work, he produced videos, super 8 films, sculptures and installations with found objects.

His work has been shown in at the Smart Museum in Chicago, the Detroit Institute of Arts and MOCAD in Detroit, The Mattress Factory in Pittsburgh the Van Abbe Museum in Eindhoven, Netherlands, the Kunst-Werke Institute for Contemporary Art, Berlin, Germany and the Kunsthalle Dresden, Germany. He is represented by the David Klein Gallery in Detroit.

He is co-founder of Power House Productions, a Detroit neighborhood arts non-profit and Ride It Sculpture Park, a large concrete skateboard and sculpture park.

Mitch Cope Statement
This new series called “Circle Moon Flowers” are paintings and drawings framed by a circle, produced in large scale format and incorporate flowers and plants with specific personal meanings. The circle in many cultures is seen as a symbol of healing, the perfect shape. It has no beginning or end, eternity, and the idea of returning to something familiar, or coming full circle.

Flowers are beautiful and temporary such as in the cut variety—typically used to show love for someone, affection, appreciation, condolences or forgiveness. Leucadendron, a South African flower has been known to survive fire because mice harbor its seeds in their underground burrows. Yellow roses can be interpreted as a symbol of friendship and joy and in contrast, a symbol of uncertainty and betrayal.

In my youth, I experienced an abundance of lilies while swimming on the Huron river. This series of artworks were directly influenced by them and reflects my connection to this place of peace and rebirth for me.

Within the works, the moon, though subtle in presence, is important because of its rhythms, influence over water, and association with nocturnal time, romanticism and madness. It indicates the passing of time, emotional upheaval, constant renewal, darkness and clarity.

The scale of the work relates to my body, my personal human scale. Line is evident in the paintings and drawings. It serves as a break in the plane and the combination of two smaller surfaces to create a larger one.

Circle Moon Flowers series are about coming to terms with overwhelming darkness, loss and confusion. They are about finding ways through pain and defining my own narrative away from trauma. Through transformation, ugliness can create beauty, mystery can define meaning and an ending becomes a beginning. 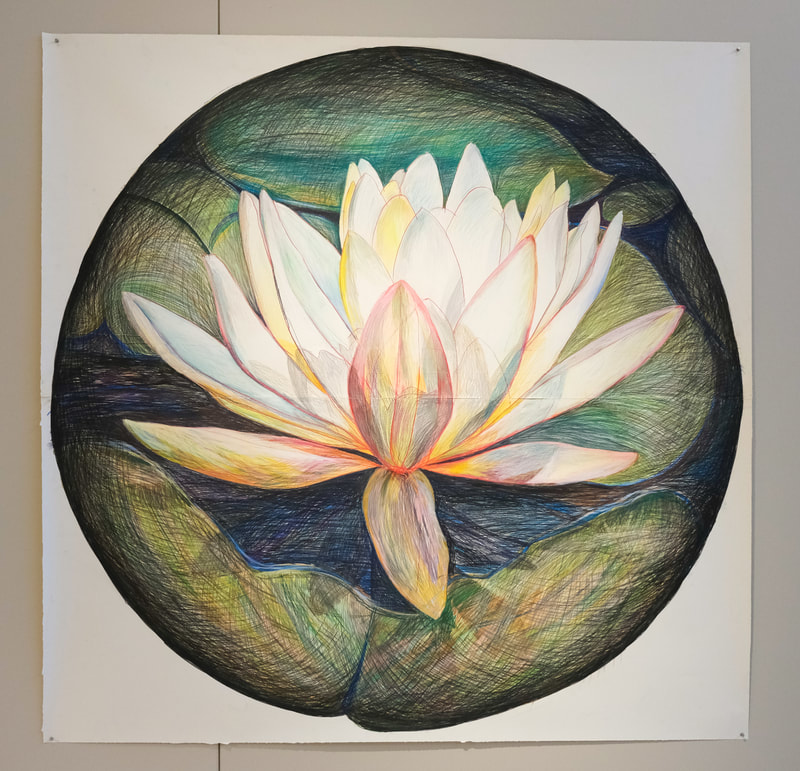 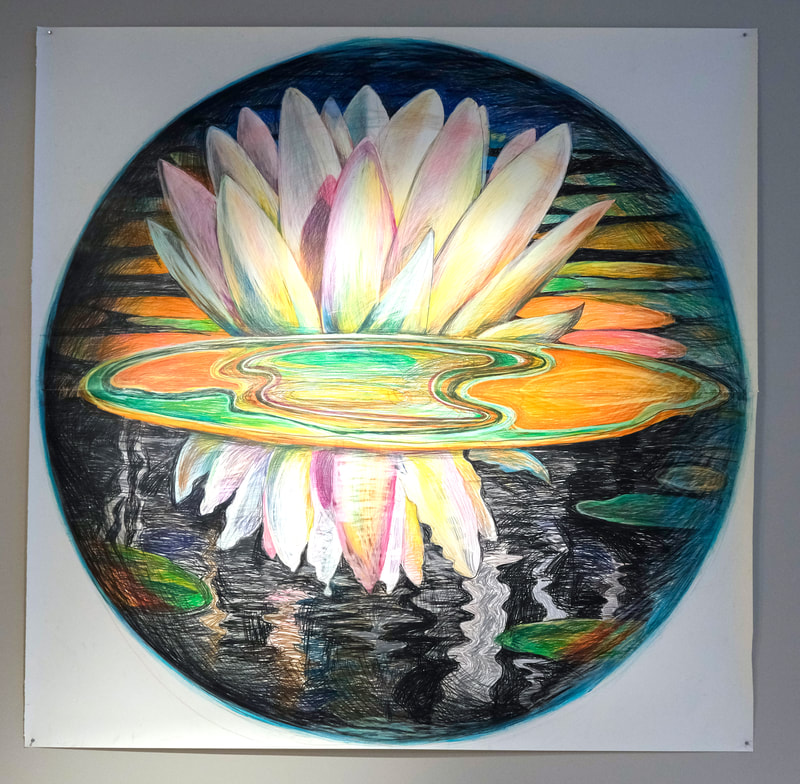 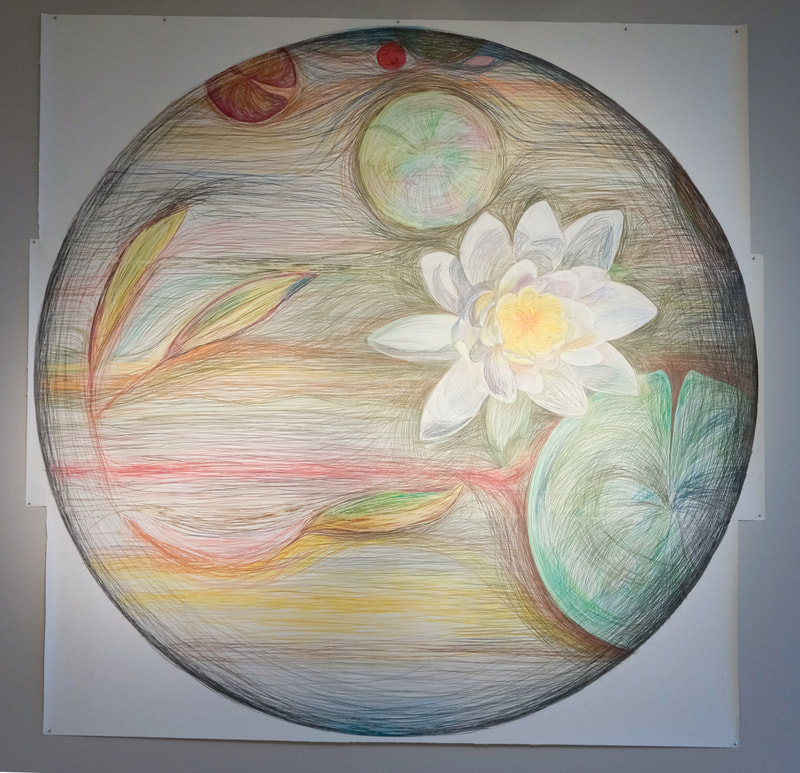