MC Sha Rock:  Born Sharon Green in 1962, Green is considered the “first female rapper” or emcee, known by the rap moniker, MC Sha-Rock. Born in Wilmington, North Carolina, she grew up in the South Bronx, New York City during the earliest years of hip hop culture. Within the hip-hop community she has been referred to as the “Mother of the Mic” signifying her role as a prominent female figure among the early rappers. As a member of the first hip-hop crew to appear on television, known as the Funky 4 + 1, her style of delivering raps on early mixtapes influenced notable rappers like MC Lyte and DMC (born Darryl McDaniels) of Run-DMC. McDaniels cited MC Sha Rock as a significant influence on the style of rapping associated with the pioneering group. Despite the fact that MC Sha Rock was one of the founding members of the Funky 4 + 1, her role, as well as her early contributions, are repeatedly diminished by mistakenly assuming she was the “+1” because she was the sole woman in the group. Women’s roles in general are often downplayed due to the prevalence of male rappers throughout the history of rap. For over a decade she has contributed to the Hip Hop movement, her work includes several documentaries for the BBC film organization to include,” Thirty Years of Hip Hop”, which aired on VH1 and “My Mic Sounds Nice” which aired on the B.E.T. network. Also, appearing on 20/20 in the “1981” special “Rapping to the Beat” hosted, by Hugh Downs. MC Sha-Rock has been labeled by her peers as the most celebrated Hip Hop female Pioneer MC of all time from fellow artists such as Fat Joe, Run DMC, Beastie Boys, Sean “Puffy” Combs, Fab 5 Freddy, MC Lyte and countless Hip Hop lovers around the world whom followed her career throughout her tenure.
​
DJ Butter: started DJ-ing when he was 12. His dad bought him one Technics 1200s turntable and he bought the other. He began to play house parties in Highland Park and Puritan Avenue. At 14, he began to DJ for Sudden Strength, a hip-hop group with rappers Ounce, Bandit and Illy-Ill. He then went on to become D12’s first DJ in 1999, spinning at the Majestic Theatre, Latin Quarters, Lush and the Scribble Jam in Cincinnati. He says he has produced more than 200 rappers from Detroit and throughout the world, that includes, Kurupt (Dogg Pound), Eminem & D12, Kool G. Rap, Boldy James, Obie Trice and a curator of some of the late J Dilla’s Catalog.  DJ Butter has also gained notoriety in hip-hop circles for an underground magazine he started while a high school senior entitled, “Funkyfreshintheflesh,” where he included his art skills in his own publication.

Supa Emcee: Born and raised in Highland Park, Michigan, Supa Emcee is a member of Almighty Dreadnaughtz and signed to Proof of D12’s label Iron Fist Records. In addition to being known for the Battle scene and open mics shows all over Detroit, he has also opened up for such major label acts as Black Moon, Dead Prez, Snoop Dogg, Fredro Starr (ONYX), Ice Cube, Krs-1, Eminem, D-12, Whodini, Rakim, and YO-YO. He had a principal role in Eminem’s movie “8 Mile” and has toured overseas through England, Germany, Scotland, France and Denmark with fellow artists Guilty Simpson and the legendary Phat Kat.
​
Miz Korona: Detroit emcee Miz Korona opened up for hip-hop icons like Scarface and Run-DMC and freestyled alongside Eminem and Xzibit in the blockbuster film “8 Mile” that was monumental for the rap genre and her city.

Professor Griff: Born Richard Griffin, he is a rapper, spoken word artist, and lecturer. He is a member of the Hip-Hop group Public Enemy, known as the group’s Minister of Information. Griff is a licensed personal security defense instructor, an accomplished martial artist, and an avid lecturer. Remaining true to his title as Minister of Information, Professor Griff has continued his vigilance by providing information to the masses. He has published the Atlanta Musick Bizness Resource Information Publication (RIP) providing invaluable industry information for those interested in breaking into the business of MuSick. Griff’s projects have included 7th Octave – God Damage Album; The Psychological Covert War on Hip-Hop (book & lecture); A Warriors Tapestry, Accapella Revolution, Analytics and Who Stole the Soul. Griff hosts his own weekly internet radio show “Sirius Mind RnTV. Griff holds a Bachelor of Science degree in Education.
Dr. Khalid el-Hakim, Exhibition Curator: Dr. el-Hakim is an educator, entrepreneur, as well as founder and curator of the Black History 101 Mobile Museum, a collection of over 7,000 original artifacts of Black memorabilia dating from the trans-Atlantic slave trade era to hip-hop culture. Khalid has been called the “Schomburg of the Hip-Hop generation” because of his passionate commitment to carry on the rich tradition of the Black Museum Movement. He has received national and international attention for his innovative work of exhibiting Black history outside of traditional museum spaces. Khalid taught social studies in Detroit for 15 years and received his doctorate from College of Education at the University of Illinois (Champaign-Urbana).

Dr. Fredericks Douglass Dixon: A lifelong resident of Chicago, Fredrick Douglass Dixon is an educator, historian, and community advocate. He currently directs currently the University of Wyoming’s Black Studies Center as works as an assistant professor in the African American and Diaspora department. The theoretical perspective that self-improvement is the basis of community development guides his actions as a scholar-activist. As his indispensable duty, he remains devoted to providing successful pathways for the most at-risk students toward access, matriculation, and the ultimate goal of graduation. He believes the responsibilities of the professoriate include connecting the classroom with the larger community. To that end, Prof. Dixon's theories regarding connecting formal education with the broader community permitted him to work with multiple national educational organizations. His community engagement with grassroots organizations produced focus groups, male initiatives, DUI, and Re-entry pilot programs. A quote from Fredrick Douglass Dixon shows his depth and purpose, “The thrust of my existence is to elevate the whole of the black community to higher levels of academic excellence.”

Learn graffiti style painting with a brush from a Hip Hop Icon by participating in this virtual workshop taught by DJ Butter!  Using paint, brushes and marker, participants will create their name in a style similar to the “Wild Style” picture seen here, designed by “Tracy 168”, founder of the Wild Style Crew. “It is about having fun and expressing yourself,” DJ Butter states. Limited spots available! Age: 10+. Register by Thursday, February 18.

Participants can either use or purchase their own art supplies using the list below. Or you can purchase a Art @ Home kit featuring the art supplies for this class at the Museum Shop online. Kits are $10 and must be ordered by February 18 in order to pick them up or have them mailed with enough time before the online class. 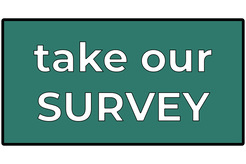